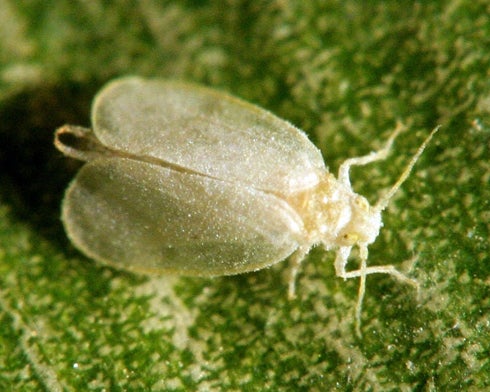 The Situation: The giant whitefly, a pest of over 50 common ornamental plants, was discovered in southern San Diego County in 1992. It continues to extend its range northward into California where it was found around San Luis Obispo on the central Coast by the late 1990's, and by around 2005 this pest was established in northern California in the Bay Area and surrounds (e.g., San Jose) and later it was recorded in Butte County. Giant whitefly poses a serious threat to the nursery and landscape industry. The giant whitefly is native to Mexico and probably moved into California through accidental introductions of infested plants. 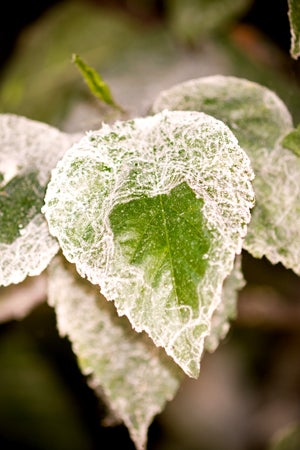 Damage: The giant whitefly attacks and seriously damages many ornamental plants familiar in California home landscapes, including hibiscus, begonia, bird of paradise, lilies, and banana, and has recently been found on citrus. The potential host list is around 200 plants in at least 35 families. The giant whitefly can reproduce rapidly, and populations can become quite large, especially on red hibiscus. Young whitefly nymphs produce large amounts of wax, and the entire undersurface of leaves can become covered with a thick, white mat of wax. Whitefly adults and young feed on plant sap, extracting important nutrients that lead to defoliation, stunting and plant death. A sticky honeydew is also excreted by whiteflies while they feed, covering leaf surfaces and other nearby plants and leading to the growth of black sooty mold.

Economic Impact: California's nursery industry represents a $2 billion enterprise while the landscape maintenance industry generates $5.4 billion annually. The wide host range of the giant whitefly, its ability to reproduce rapidly in the absence of natural enemies and its prolific feeding habits, make it the most serious pest of ornamental plants and home landscapes in California today. 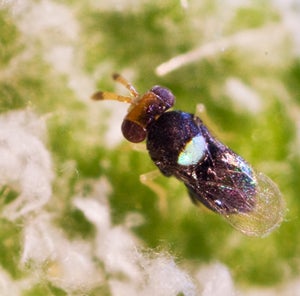 Distribution: The giant whitefly is currently found from San Diego County to the Bay Area in northern California. Its populations are extraordinarily heavy in most affected areas. Some plants surveyed have been entirely covered with whiteflies. The distribution of the whitefly continues to expand northward. It is unknown at this time how far it will spread. The major impact of this whitefly will be felt in the nursery industry and California's urban landscapes. This pest was detected in Texas in 1991; 1996 it was found in Florida and Louisiana, and in Hawaii in 2002.

Research: Researchers from UC Riverside and UC Cooperative Extension have mapped the distribution of the giant whitefly in California and have surveyed the impact of any native natural control. Exploration of Mexico, the whitefly's presumed native home, resulted in the discovery of two parasitic wasps Idioporus affinis and Encarsiella noyesii, that attack the nymphs of giant whitefly. These natural enemies have been cleared through federal and state quarantine and are undergoing evaluation in California, where they have shown considerable impact in some areas. Other species of parasitic wasp parasitizing giant whitefly nymphs in California include Entedononecremnus krauteri and Encarsia hispida, but their overall impact appears to be limited.