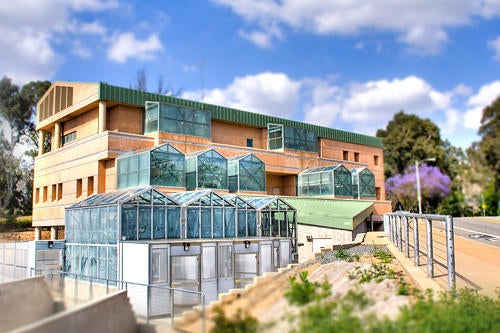 What is a Quarantine facility?

It is a building where researchers can study organisms in enforced isolation and restriction of free movement prevents unwanted organisms from spreading (diseases, weeds, pest arthropods, invertebrates & vertebrates).

Purpose of the I & Q Facility:

The Mission of the I & Q facility at UCR is to enhance research on organisms (e.g., arthropods, weeds, nematodes) affecting California's agricultural, natural, and urban environments. The I & Q facility is rated to BioSecurity level three, meaning that it is designed to contain small biological agents. UCR's I & Q facility is probably the largest and most advanced in the USA and arguably the world, as long as the military facilities such as Fort Dettrick that house lethal microbes like the Ebola virus are not considered. The total price tag was $15 million. 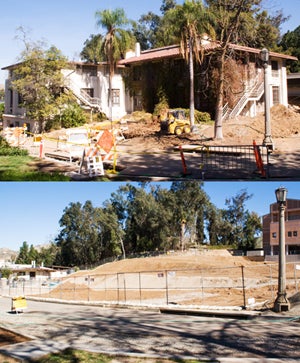 The official opening ceremony for the new I & Q Facility was conducted on Friday May 4, 2001, and the ground breaking for the new I & Q building occurred almost three years earlier on July 2, 1998. Funding for the I & Q came from three sources: UC, the State of California,the Federal Government and the total price tag was $15 million.

The old I&Q building which was in service for over 70 years, along with the old entomology building was demolished in December 2008. Click here for photos.

The 28,000 square foot I & Q facility cost $15 million to construct and quadruples the current quarantine space available on campus. The new I & Q replaces the old Insectary and Quarantine facility that had been in operation since the 1930's.This old building was added to in the 1960's as demand increased for greater quarantine space until it finally was considered to outdated to keep maintaining and modifying.

The new I & Q building has two receiving rooms, six research laboratories, 12 greenhouses, and 64 rearing rooms. Some rooms are specially designed for moth and aquatic insect rearing. The building has been equipped with state of the art temperature and humidity controls, light regulation, air filtration, and waste water treatment. Anything entering the quarantine area in the building must be heat treated before removal. Consequently, all tools, cameras, microscopes etc are dedicated to the quarantine wing and will not be removed. E-mail and the internet has greatly simplified the movement of data, information, general communication in the quarantine section.

This is one of two (UCD) three-stage quarantine facility in California, and one of only four insectaries west of the Rocky Mountains.

The I & Q Has Two Major Purposes:

Procedures for the Insectary and Quarantine:

Quayle, H.J. 1933. New Quarters for Work in Entomology in the University of California at Riverside and Los Angeles. Journal of Economic Entomology 26: 288-291.

Media within CISR is licensed under a Creative Commons Attribution-NonCommercial-NoDerivs 3.0 Unported License. Permissions beyond this scope may be available at www.cisr.ucr.edu/media-usage.