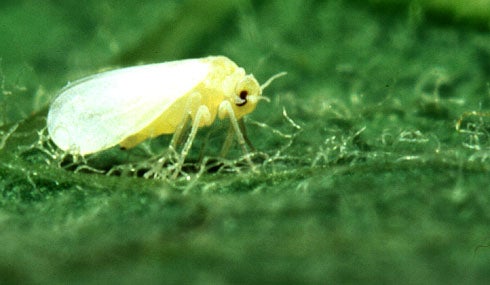 The Situation: When the silverleaf whitefly (SLW) (also known as Bemisia tabaci strain B) struck southern California's desert valleys in fall 1991, clouds of these tiny insects could be seen moving across the region, which produces 90 percent of the fall and winter vegetables grown in the U.S. Research conducted at the University of California and elsewhere has helped growers better manage SLW, but this pest can still cause crop losses each year in this important agricultural region. The exact geographic origin of SLW is unknown, but may be somewhere around India and was thought to have been accidentally introduced in the USA around 1986 and spread via the ornamental plant trade out of the southeast USA. 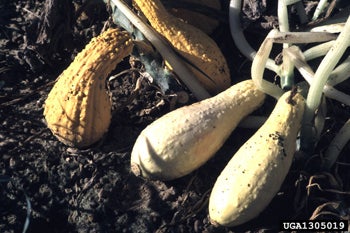 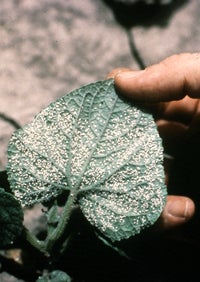 Economic Impact: Since 1991, SLW has cost an estimated $500 million to California agriculture. This translates to roughly $774 million in private sector sales, 12, 540 jobs and $112.5 million in personal income. Nationally, SLW damage has been estimated to be in excess of $1 billion.

Distribution: Silverleaf whitefly populations persist in California's southern deserts, primarily the Imperial, Palo Verde and Coachella valleys. They also are found in the southern San Joaquin Valley, where the impact is heaviest on cotton. Other US states affected by SLW are Arizona, Texas and Florida.

Research: The University of California developed a four-pronged approach to combat SLW: (1) Whitefly Biology - Taxonomic and life history studies of the insect enabled researchers to identify and develop control strategies to exploit perceived weaknesses. (2) Cultural Control - The use of host-plant relationships in order to recommend cultural practices which may negatively impact the whitefly's development without having to depend on insecticides. (3) Biological Control - The use of parasites, predators and pathogens for the suppression of pest populations. (4) Chemical Control - The use of agrichemicals, including naturally derived plant extracts that have strong efficacy against the pest, and little negative impact on beneficial organisms and the environment.